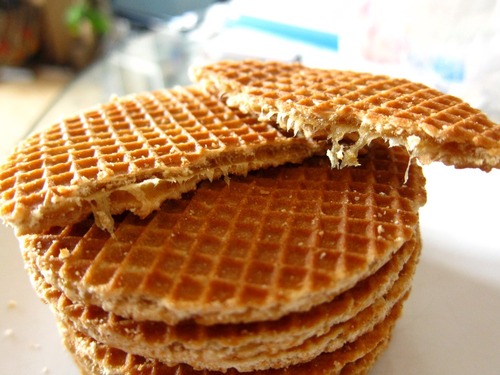 The power of this candy is without limits. To be fully honest, I literally hate caramel and honey (some are made of it) yet, I fell in love with stroopwafels (literally sirup waffels).

It's made of two thin waffels separated by a layer of caramel sirup. Together, it tastes strong and is very sweet, you could reasonably eat only two or three in a row before being disgusted... but your palate would ask for it half an hour later. Very addictive (and definitely not healthy).

This sweet is really famous here, you can find some everywhere, some industrial, some artisanal. It's so much appreciated, they make ice cream taste like stroopwafels (I enjoyed one in Utrecht... Mmmmmmmh that sweet memory). People even make Ice cream sandwiches out of it, two stroopwafels split with a thick layer of ice cream. 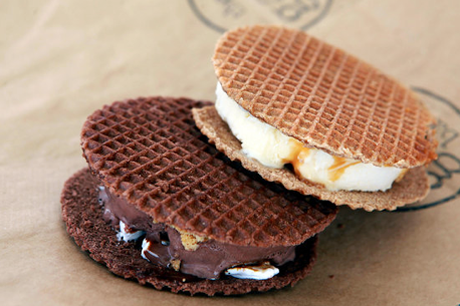 Most often, the diameter of the stroopwafel is between 6 to 8cm wide, but do not be surprised to find some having a 15cm diameter or even more!