[Miam Time] Cloudy with a chance of sandwiches

The first thing I've been told when I said I was going to Amsterdam was that Dutch people actually dislike cooking and eat only by necessity. Dutch people won't eat for pleasure, they'll eat to survive.

To be honest, I don't really like clichés or legends and prefer to make up my own mind. And, surprisingly, the reality is not far from what I've been told (well, it's a generality, but most Dutch people are as told).

The sandwich is the inevitable part of lunch. I tell you, in two months in Amsterdam, I've never eaten anything else for lunch but sandwiches!

We could stop here and tell ourselves: "Meh, a sandwich, that's not bad!". Well, it has vegetables, proteins and starches (with bread) in it. Yes... but no. That's what foreigners think a sandwich is. I've been stared at with my ham-cheese-tomato-bell pepper-cucumber sandwich. Because here, the sandwich for lunch is also the "Nutella with chocolate sprinkles on it" sandwich. Anything sweet and/or chocolate-y is welcome for lunch.

And that, I can't stand it. 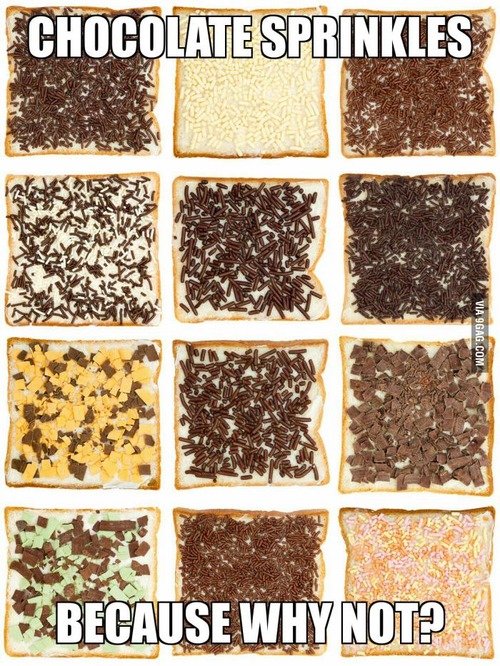